“Animals and insects feast on the flowers, ancient milkwoods glow with vitality in the morning dew...”

As the Overberg  bursts into a majesty of colour during the magical Secret Season, all manner of life comes to play. Seemingly triggered by the hues of bright orange and pink that dance across the skies, another palette of colour awakens below. The fields of the Overberg come alive during this time with the uniquely adapted creations that is Fynbos.

During the Winter months the hills are covered in the soft tones of the flowering fynbos species. Three species in particular catches the eye - the Bietou Bush (yellow), the White Bristle Bush or ‘Blombos’ (white) and the Erica irregularis (pink).

These species along with the return of our glorious Proteas (our national flower) create a beautiful mosaic while also serving as an ideal habitat and source of food for the fynbos-dwelling wildlife that calls this area home.

Located in the heart of this thriving ecosystem is the Grootbos Private Nature Reserve. Dedicated to the preservation and continued education about its rich biodiversity, the guided bird watching experiences at Grootbos is quite something. With over a 100 different bird species spotted on the Reserve of which 26 are endemic to the region, Grootbos offers a wonderful experience for both avid and novice birders.

Go on a journey with our passionate Birding Guides as as they introduce you to the varying species found on the Reserve, surrounding landscapes or simply found flitting around the lodges and gardens. Bird watching experiences at Grootbos are customized for avid birders who are looking to get the most out of the experience and/or have a specific species they’d like to encounter.

During Secret Season guests will also be able to enjoy the sights and sounds of the bird species found in the neighbouring town of Stanford at the Klein River.

And of course, the species you are able to tick off your list are not limited to only land-dwelling, but also include an extensive list of pelagic birds such as Giant Petrels, Swift Terns, Cape Gannets and of course, the dapper African Penguin.

Here is a look at some of the species you can look forward to viewing during your stay:

Experience Bird watching at Grootbos with our Secret Season Special CAPE SUGARBIRD
(Promerops cafer)
is one of six bird species endemic to the Fynbos biome of South Africa and is a specialist feeder as it is uniquely adapted to feed off various Proteas and their breeding season is in winter when there are ample food supplies.

CAPE BULBUL
(Pycnonotus capensis)
is a monogamous bird which feeds mostly on fruit and can/is usually spotted sitting at the top of a bush. 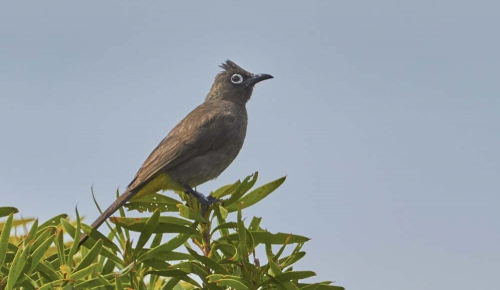 DOUBLE-COLLARED SUNBIRD
(Cinnyris chalybeus)
also known as the Lesser Double-Collared Sunbird is found mostly in fynbos and has an almost year-round egg-laying season which peaks in July to September. CAPE BATIS
(Batis capensis)
is part of the Wattle-Eye family and is characterized by its striking colouring of white, brown and black.

YELLOW-BILLED KITE
(Milvus aegyptius)
is the Afrotropic counterpart of the Black Kite and is found in most habitats where it feeds on insects and small mammals. ORANGE-BREASTED SUNBIRD
(Anthobaphes violacea)
is endemic to the fynbos biome of the Western Cape where is prefers Protea and Erica plants for their main food source, nectar.

SOUTHERN BOUBOU
(Laniarius ferrugineus)
is a highly adaptable bird that is found in a large part of South Africa and feeds on fruits, insects, snails and small rodents. This is the Secret Season at Grootbos.

Remember to keep an eye out for the next journey of the Secret Season: Fynbos Discoveries 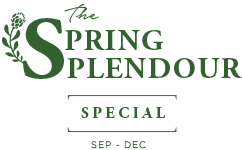